All matters submitted to the shareholders for approval as set out in the Company’s Notice of Meeting and Information Circular, dated August 24, 2021, were approved by the requisite majority of votes cast at the Annual General Meeting of Shareholders held on September 29, 2021 at 1:00 pm PST in virtual format, including:

The Company would like to thank shareholders for their continued support.

The Phase 1 diamond drill program at Elida (as announced on August 4, 2021) is in progress with the first two holes, totalling 980 m, already completed on Target 1. Assay results from these holes are pending and will be released as soon as they are available. Currently, there are two drill rigs operating at Elida focused on drilling the next two holes into Target 1 (see Figure 1).  The second drill rig was mobilized to site and began drilling on September 8, 2021 to help the Company meet its objective of completing the proposed drill program by the middle of Q4, 2021 (see Image 1).

The 4,000 m drill program at Elida is focused on Target 1 and was designed to supplement data from 18 historical drill holes, with the following program objectives:

With the retirement of Brian Booth on September 25, 2021, the Company’s Chairman, Richard Osmond, has stepped in to assume the role of Interim CEO. The Board of Directors believes that Mr. Osmond is the best person to steer the Company through this transition given his close knowledge of the projects as well as the Company’s strategic objectives.

The search for a new CEO is ongoing and progressing well.

Richard Osmond, Chairman and Interim CEO, states, “We continue to work hard on creating shareholder value from our work programs. We are pleased to report that the drill program at Elida remains on budget and on time with assay results expected in Q4 2021. Likewise, the drill permits for Flor de Cobre, our other highly prospective copper project in Perú, are progressing very well with drilling expected to begin soon after completion of the drill program at Elida.”

The Elida project is located in central Perú, approximately 85 km inland from the Pacific coast at moderate elevations between 1,500 and 2,000 m and close to transportation and power infrastructure, including a 45 mega-watt hydroelectric generation facility situated 15 km from the project.

Technical information contained in this news release has been reviewed and approved by Dr. Paul Johnston (P.Geo.), the Company’s Vice President of Exploration, who is Element 29’s Qualified Person under National Instrument 43-101 and responsible for technical matters of this press release.

Element 29 Resources Inc. is an emerging copper exploration and development company focused on advancing its portfolio of Peruvian projects towards development in one of the lowest-risk mining jurisdictions in the world. Element 29’s growth strategy is led by our strong board and management, who have a proven track record of discovery and delivering significant value to our shareholders.

The Company’s principal objective is to explore and develop its flagship Flor de Cobre porphyry Cu-Mo project located in southern Perú, 26 km southeast from Freeport-McMoRan’s Cerro Verde Cu-Mo mine. At the same time, the Company intends to build on its potential copper inventory with continued exploration on its Flor de Cobre project as well as its remaining 22,000 ha of mining concessions in Perú including the recently discovered Elida porphyry Cu-Mo-Ag system located in central Perú and 85 km from the coast. Both projects are well located for future mine development and will benefit from nearby infrastructure including roads, powerlines, ports, water, and a skilled workforce.

More information is available at www.e29copper.com.

Forward-looking Statements involve various risks and uncertainties and are based on certain factors and assumptions. There can be no assurance that such statements will prove to be accurate, and actual results and future events could differ materially from those anticipated in such statements. Important factors that could cause actual results to differ materially from the Company's expectations include uncertainties related to fluctuations in copper and other commodity prices, uncertainties inherent in the exploration of mineral properties, the impact and progression of the COVID-19 pandemic and other risk factors set forth in the Company’s prospectus under the heading “Risk Factors”. The Company undertakes no obligation to update or revise any Forward-looking Statements, whether as a result of new information, future events or otherwise, except as may be required by law. New factors emerge from time to time, and it is not possible for Element 29 to predict all of them or assess the impact of each such factor or the extent to which any factor, or combination of factors, may cause results to differ materially from those contained in any Forward-looking Statement. Any Forward-looking Statements contained in this press release are expressly qualified in their entirety by this cautionary statement. 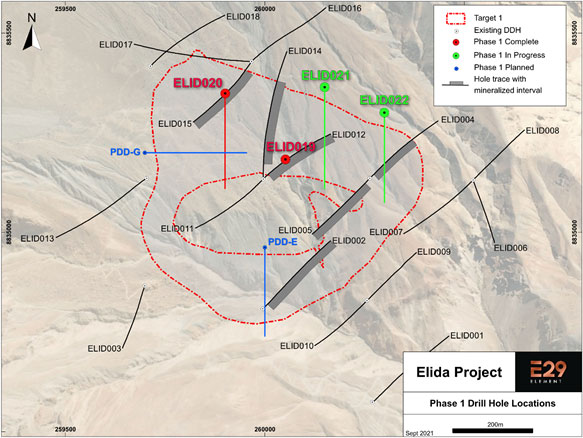 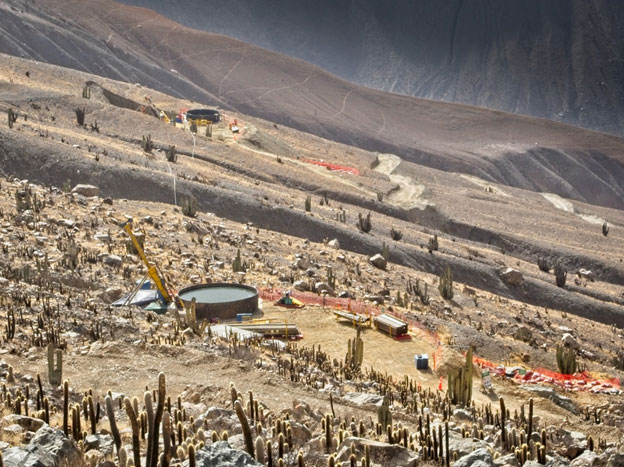