Flor de Cobre is located ~30 km southeast of the large copper mine at Cerro Verde and ~7 km northwest of the Chapi mine.

The Flor de Cobre property includes Candelaria, a well-known copper prospect identified in the 1930’s and the site of a historical small-scale mining operation. Originally explored as a supergene deposit, the Candelaria Porphyry had little attention given to its hypogene deposit potential. Exploration strategy is focused on drilling in the area of historical resource of 57.4 Mt of 0.67% Copper* and testing new porphyry targets generated by recent IP survey on trend towards Cerro Verde mine. 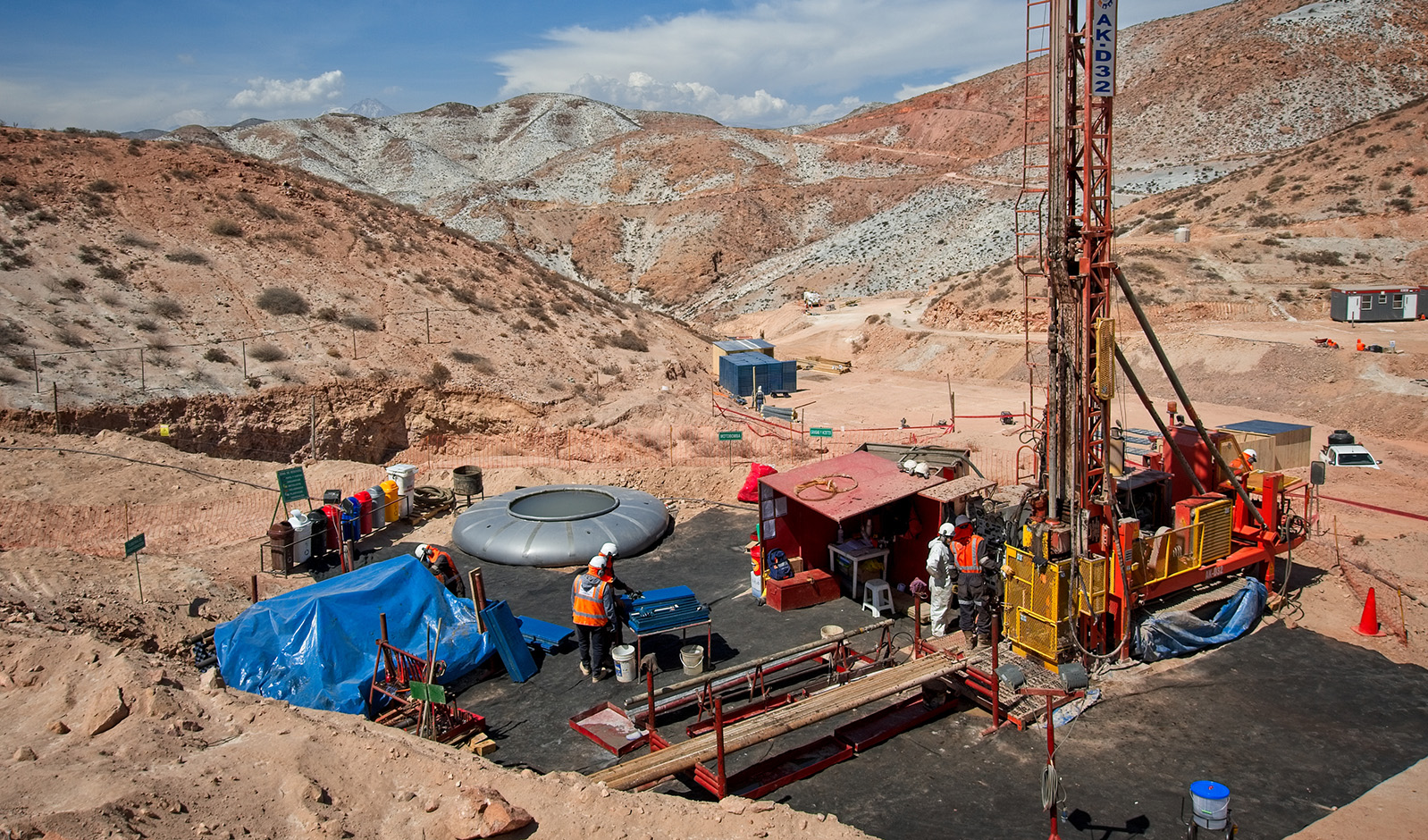 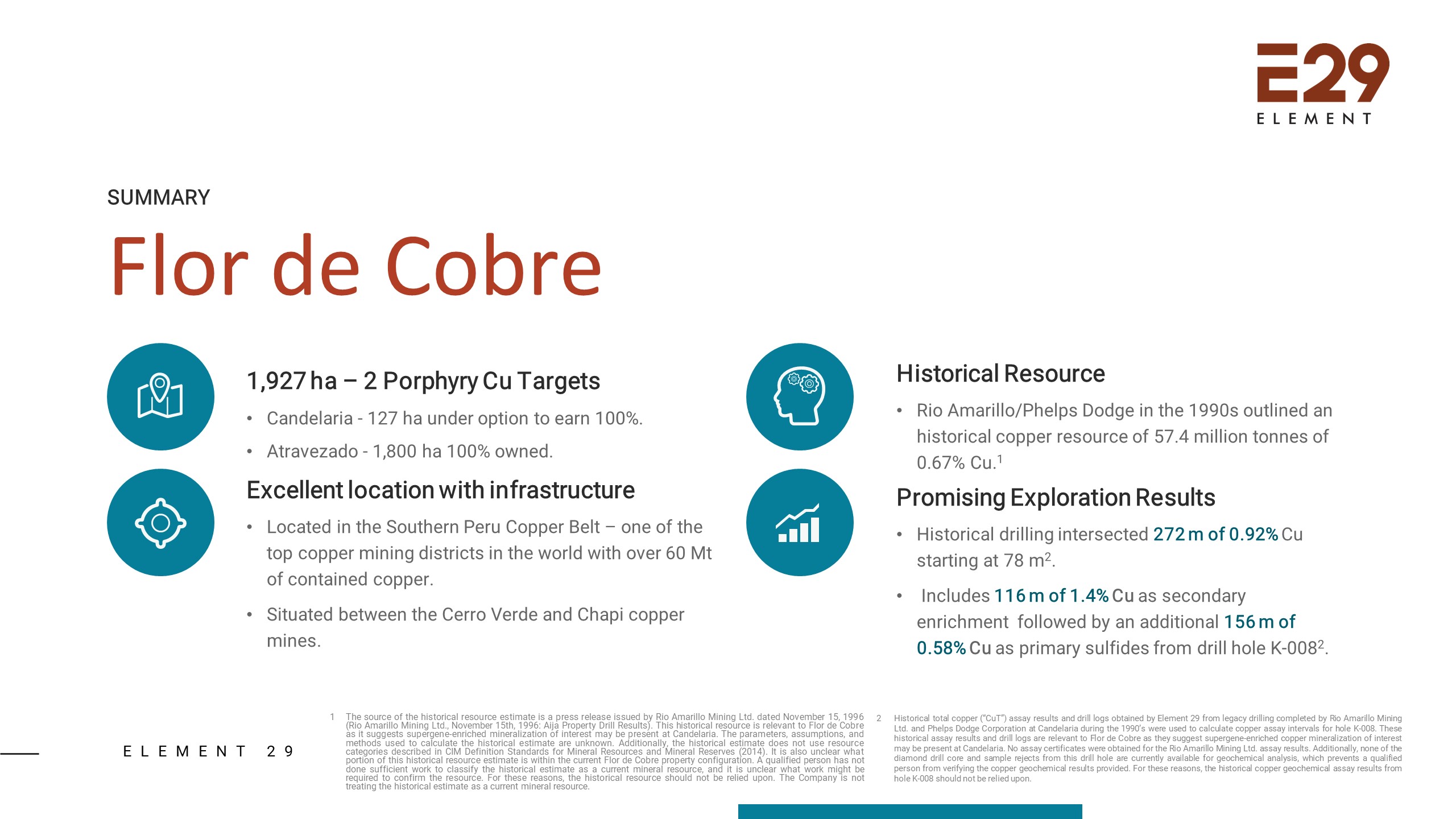 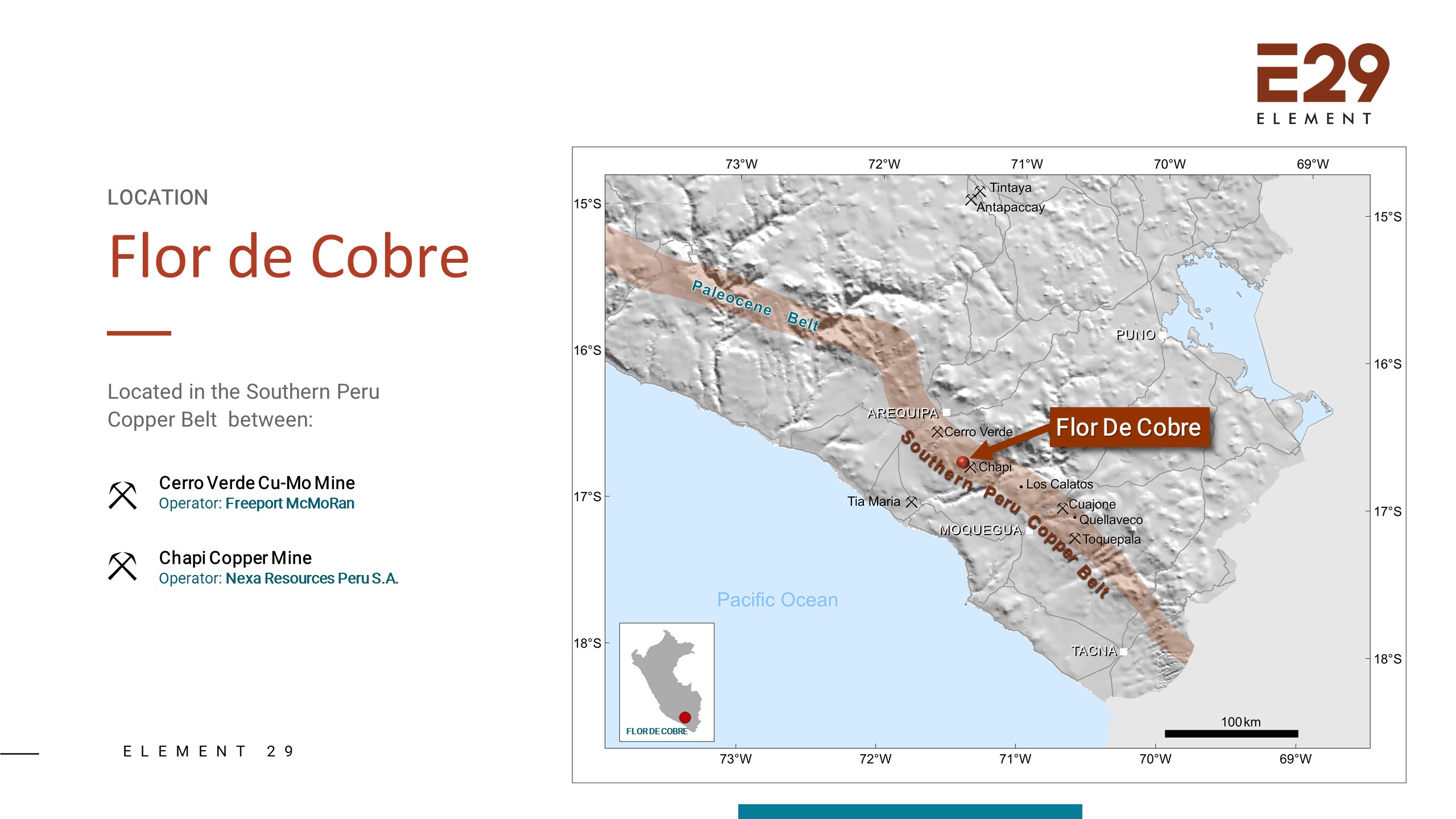